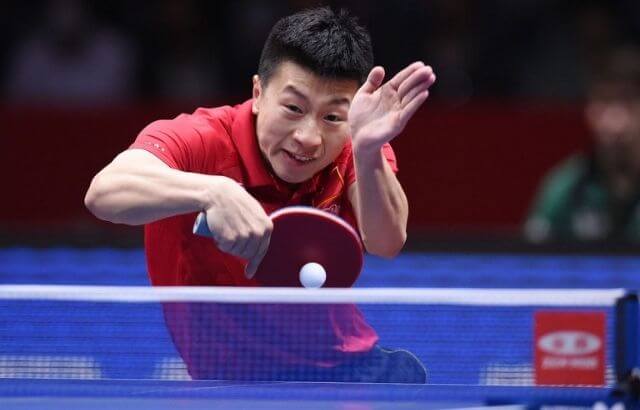 It is a common question that are table tennis and ping pong the same? Playing table tennis and Ping-Pong with friends was the most popular pastime activity before the arrival of other technological equipment. For some, it is the same with one variation or another; for others, it just isn’t, especially those who play professionally. The truth is that almost everyone has grown up playing this fun sport. Below, you will find out whether or not it is the same game.

What is Table Tennis?

Table tennis is a popular sport that uses tables, pegs, and plastic balls. It also stands as an Olympic sport, and many sports lovers tend to consider it to be the same as ping pong outside of the level of tennis. However, in recent years, the rules between table tennis and ping pong have become increasingly different.

What is Ping Pong?

Table Tennis, Ping Pong, or Both?

The J. Jaques & Son Company was the largest table tennis game manufacturer, defined as an indoor tennis game, played on a table, with rackets and a light ball. Then, in 1901, John Jacques registered the name Ping Pong in England, a brand which he later sold to the Parker brothers.

The naming problem arose when the company, the market leader in table tennis distribution, decided to release its version of the game, Ping Pong, and promoted so widely that it is still used today. It is, therefore, anchored in the minds of everyone, including the media.

The truth is that since 1890 several companies have patented the same game, with a few modifications, but under different names, thanks to the success it was experiencing. This is the case of Emma Parker, who registered it as Indoor Tennis in 1891, which was approved by Spalding. In the meantime, Slazenger & Sons followed suit and patented it under the name Whiff-Waff, as a “new game.” But the real creator of this fabulous sport is the Englishman, David Foster.

If explain shortly, when this confusion with names is created, Jacques, along with his partners, the Hamely brothers, recorded Ping Pong, which is worth highlighting; in the beginning, it was Gossima, but as it didn’t fit, they changed it.

With regards to the question “are table tennis and ping pong the same? The first difference is in the name. And although Ping Pong, to this day, is a registered trademark in the United States and its name has been retained by the media and fans of the sport, the official name is table tennis, because that is how its creator named it. The rest was an imitation which, over time, achieved a position thanks to the changes made to it.

Before the first international Ping-Pong tournament held in 2011, professional players did not call it Ping-Pong. Still, table tennis, and considered it a sport and not a hobby, leaving the term Ping-Pong non-expert recreational players.

After the championship, things changed, and the two terms began to be used separately, and each of them, in its essence, is considered a sport, which means they’re not the same anymore. There are now everyone’s tournaments, the ping pong tournament organized in England by Match Room, and the tennis world championship, organized by ITTF. Everyone has their own rules, although they remain essentially the same.

In ping pong, the point begins with a serve, which must hit the table on both sides of the net. A point is earned when your opponent fails to retrieve the ball. In contrast, table tennis has complicated rules, especially when it comes to serving hits.

The basic equipment for table tennis and Ping-Pong consists of a smooth table with a small net that divides it in half. Paddles or snowshoes vary. The ping pong rackets are a piece of wood covered with rubber. In its professional mode, this rubber is not allowed to have a rough surface, like the sandpaper used in an amateur game.

In table tennis, you can use several types of rackets, those made of layers of natural wood with rubber on both sides, those made of rubber and no limit to the type of blade.

Ball – Most players use the same ball type, regardless of the sports; though balls used for table tennis balls are a bit larger than ping pong balls times. That’s 3.7mm and 4mm, respectively.

Rules that set them Apart

Regarding sets, in table tennis, you play seven sets of 11 points maximum. And in ping pong, you only play 3 to 15 points each. Of course, unless it is a semi-final and a final where you play five sets.

How is a Game Won?

In table tennis, you win when you reach 11 points as long as your opponent’s gap is 2 points above. This means that if one player reaches 10 points, the other player will have to reach 12 points to win. In other words, the winning player must have a minimum difference of two points from the opponent and reach a minimum of 11 points.

In ping pong, whoever reaches 15 points first wins, even if the opponent has 14? Ping pong also matches consist of several odd games, and the winner is the one who previously won more than half. For example, a match can consist of 7 games, and whoever wins four is declared victorious in the end.

Ping pong is a bit slower game, you have to work harder to score points, and there is more rallying. Table tennis, on the other hand, is much faster and has a lot of spins. Also, table tennis contains a defensive or offensive style of play, while in ping pong, the two styles can be combined in each game.

Table tennis comes with more technicality and competition than ping pong because it is an Olympic sport. There are also league and championships below the championship level. Although everyone is free to play ping pong, some players call competitive sports table tennis and hobby sports ping pong.

Just as with table tennis, ping pong also has national and world championships and leagues for passionate players. Most people, regardless of the rules, will only remember ping pong as a form of entertainment. This is also because ping pong has a less formal history than table tennis.

Many table tennis enthusiasts easily differentiate the two sports by the “rotation” used in table tennis. Instead of hitting the ball, players rotate it differently, making it more difficult to predict their shot. Players also rely on footwork to help them adapt and rotate.

On the other hand, ping pong is not traditionally known for throwing balls, but for merely hitting. Ping pong uses a sandwich that is not designed to rotate the ball, and many players do not use foot exercises like table tennis players do, but rely strictly on visual coordination.

The name ping pong was derived from the sound the ball makes when it is in play. Both names appear under the ITTF (International Table Tennis Federation) in Lausanne, Switzerland, along with another nickname, “whiff waff.” In all, the differences between the two further lie in their history, equipment, rules, amongst other aspects, as highlighted above.