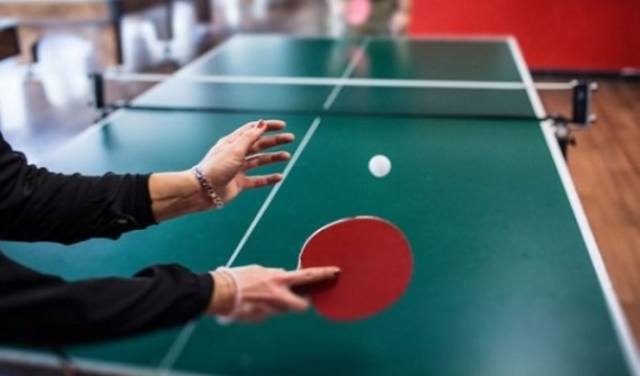 We are the participant of the Amazon Services LLC Associates Program, an affiliate advertising program, and earns fees from products sold through qualifying purchases by linking to Amazon.com.

Table tennis is a sport invented in England in the second half of the 19th century, known as Ping-Pong. It is considered one of the most popular sports globally; table tennis arrived in many parts of the world during the first decade of the 20th century. Like any other sport, table tennis also has some basic rules known by the participants. In this article, we will discuss the basic rules of table tennis. It includes:

Duration of the Match and Games

Table tennis does not have a defined length of time. The game is played in a best of seven games, with one game being won by the first player to score 11 points.

If the score is tied at 10 to 10, one of the players must open a two-point advantage to win the game.

Before the game begins, the referee meets with the players for a draw. The winner can make one of the choices:

The opponent chooses between the remaining options.

There are two ways to score:

Exchange of Side and Intervals

Fouls occur when a player does the following:

In all cases, the play is stopped, and the opponent automatically wins the point.

If a set exceeds 10 minutes in length and each player has scored less than nine points, the referee implements the acceleration system, so that the game becomes more dynamic. The following changes occur:

After being activated, the system remains valid until the end of the game.

The sport can also be played in pairs. In this case, some basic rules of table tennis are different:

Who serves first in table tennis?

According to the Basic Rules of Table Tennis, the first server is usually decided by tossing a coin. But informal table tennis matches are usually kick-started through the use of “play for serve.” This begins with a person throwing the serve by hand. This point must last at least three strokes, and the winner can then choose who will serve first.

Can you touch the table in table tennis?

No. As earlier highlighted, touching the table is against the Basic Rules of Table Tennis.

Ping Pong matches are usually played in 3 or 4 winning rounds, with 11 points per round (a difference of 2 points). The first player to win the required number of rounds is declared the winner. Therefore, in 3 winning rounds, the player can play up to 5 rounds. For four winning rounds, they may have to play up to 7 rounds. A round is conducted with a difference of 11 points by 2 points. Initially, the player who scored the first 21 points was declared the winner. But lately, this has been changed to an 11-point system. This rule has been fully applicable since September 1, 2001.

Can you hit a ping pong ball before it bounces?

The simple answer here is ‘No’. When the ball hasn’t bounced on the table, you must not hit it. The only time you can still earn points by hitting the ball before it bounces is if it has passed the finish line of the table.

Do you get two serves in table tennis?

Yes. Concerning the Basic Rules of Table Tennis, every player is entitled to 2 serves, and this usually alternates until one of the players’ scores 11 points. On the other hand, if a tie occurs, each player would get only one service, and this would alternate until one player obtains a two-point lead.

What happens if the ball hits your finger in ping pong?

If the ball hits your finger in a ping pong game, the game will continue as this is completely regarded as legal in the Basic Rules of Table Tennis.

What is an illegal serve in table tennis?

Serve will be illegal regarding the Basic Rules of Table Tennis if it simply traverses the net without bouncing. Furthermore, the ball must be thrown upwards (minimum of 16 cm), from the palm of the free hand vertically and, when descending, it must be hit so that it first touches the field of the serve, passes over the net without touching it and touch the recipient’s field. The service must as well be served behind the end line or in an imaginary extension of it.

How many let serves are allowed in table tennis?

The number of let serves allowed in table tennis are unlimited.

How many times do you serve in table tennis?

In the Basic Rules of Table Tennis, every player is entitled to 2 serves.

Can you hit with your hand in ping pong?

No. Hitting the ball with your hand in ping pong is considered an illegal act regarding the Basic Rules of Table Tennis.

How long is a match?

The duration of a match is highly variable and will depend on many factors, among which the difference in the level of the opponents stands out. If it is unequal, the time is shortened and could last only 20 or 30 minutes, but it is normal for a 3-game match to be around 60 minutes long against rivals of similar competition.

Furthermore, taking into account the duration of a match to three games and the circumstances that may occur, such as timeouts, changes of ends, and medical assistance, the playing time of a ping pong match could be approximately 50 minutes to 2 hours as well.

How many serves does each player get?

In table tennis rules serving, each player gets two serves.

Where do I need to stand during a serve?

If you are the server, you need to stand behind the table’s finish line, and the ball must be visible.

In conclusion, table tennis is a popular racket sport that unites people. The outdoor courses of middle and high schools, youth centers, or campsites often provide Ping-Pong tables. Thus, having adequate knowledge about the Basic Rules of Table Tennis will allow you to play the game with friends, participate in friendly tournaments, or find your way in the competition.