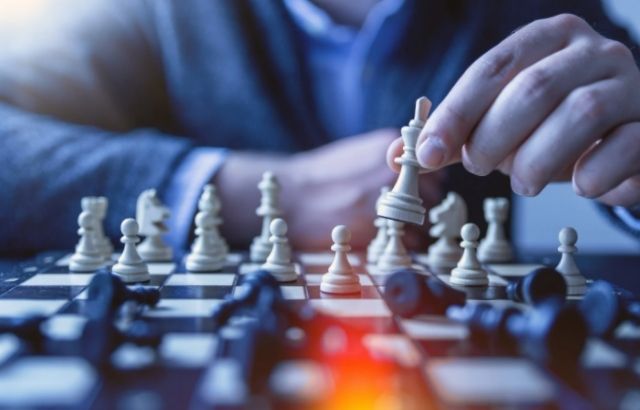 Chess is a strategy game that is played by two people on a board of 64 square. These squares are arranged in eight columns and eight rows. This game was derived from an ancient Indian game known as chaturanga, which Indians used to play in the 7th century. Chess reached Arabia, Persia, and Europe in the 9th century due to some historical events’ aftereffects. The rules of modern Chess were made in the 19th century. However, there is still some confusion in the regulations that are not cleared for many people; for example, can a pawn take a king in chess? In this article, we will find out the answer to this question. Before going any further, we should understand a few things so we can discuss the Chess in depth.

How Chess is Played?

Chess is played between two people. There are 32 pieces in Chess (16 in white and 16 in black); each player plays with 16 pieces, which are mentioned below.

Each piece of Chess among the 16 moves differently. Queen is the most powerful piece in Chess, as she can move more than any of the pieces.

Checkmate is a situation in which your king can’t escape anywhere. This is the situation where the opponent wins.

Other than checkmate, a player also loses if he resigns or in a timed game the time runs out.

The game of Chess can also be drawn in several conditions, which are mentioned below.

These are the conditions for drawing a match.

Read More: Can a Queen Move like a Knight in Chess?

Can a pawn take a king in Chess?

Now, as we know the basics of Chess, we can move forward to solve our query. But before moving straight to the question, we must know the moves of the king and Pawn to make it easier for us to understand.

Related: Can a Pawn Check a King?

A pawn in Chess is a simple piece as it has limited moves, but it can be lethal sometimes, which we will discuss ahead in the article. The Pawn can move in the straight direction to one square, which must be unoccupied. However, in the first move, it can advance to two squares straight. The Pawn can take a piece on the first diagonal square ahead of it. These are some simple moves of Pawn.

There is a special move of Pawn. A pawn can convert into any piece other than a pawn and king when it reaches the eighth rank. This move is called promotion.

The king moves only moves one square in any direction. There are not so many moves for the king. However, there are is a special move of the king.

The only special move of the king is known as castling. In this move, the king can move two squares towards the rook only on the first rank, and the rook moves to the square from where the king moved. There are some conditions for castling.

As we have discussed the moves of King and Pawn, let’s get back to our question.

Coming back to our question, can a Pawn take a king? It depends on how you think this; no piece can take a king, the king can only be checkmate, and we have already discussed checkmate.

Can a Pawn take a queen?

Yes, a pawn can take a queen. There are two things you can’t take in Chess, your piece and opponent’s king. You can take the Queen by any of your pieces. Pawn is the best piece to kill a queen risking the least of your pieces.

Can a Pawn capture on its first move

What Pieces can take a King?

As we have discussed, a king can only be checkmated; a single piece can’t take it. So no pieces can take a king. However, any piece can be involved in checkmating the king.

Can Pawn kill a King?

Related: Can a Pawn Move Backwards?

Who can kill a King in Chess?

There is no legal way to kill a king, and there is no piece who can kill a king, not even Queen. A king can only be checkmated or captured, and any piece can do that.

What if the king reaches the other side of the chessboard?

Why is the king so weak in Chess?

As we all know, the king has no such perks, such as moving dramatically like a queen or bishop. The king has nothing to offer other than it can’t be killed until checkmated. However, it is the most crucial piece in Chess; the whole game depends on it. If it moves like a queen, it would have been difficult to trap it.

Can you win in Chess with just a king?

You can’t win in Chess with just a king. A king can’t impose check; therefore, it can’t checkmate the other king alone. However, a single king can help you with drawing the match. For instance, if both players are left with kings, the game will immediately draw.

Related: Can you Checkmate with a Knight and a King?

Who is more powerful than a king?

Related: Can a King Capture Other Pieces?

What happens if there are only two kings left in Chess?

If only two kings are remaining on the board and all other pieces are captured. The game is immediately declared as a draw.

Chess is a game of the mind, as it requires incredible strategies. In Chess, only two players play; either the game ends up in win and lose or draw. There are several conditions for a draw. However, a player wins when the opponent resigns, or he checkmates the opponent’s king, which requires attacking the king. That is why it is not possible to take a king with a pawn, not even with its special moves. However, a pawn can capture any piece other than a king, even a queen, which is considered the most powerful piece.

In this article, we have discussed chess rules and discovered the answer to our question. I hope this article will be helpful to you. Please give us your feedback in the comment section.