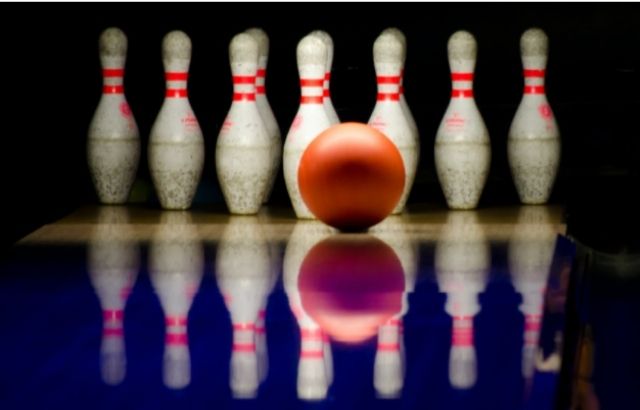 How many strikes are in a perfect game of bowling is often asked by bowlers? Bowling is a target sport, and Perfect game is the highest score in a game of bowling in which a player rolls a ball towards pins or another target like bowling. In an ideal match that uses 10 pins, the highest score is 300 achieved by 12 strikes in a row. Undoubtedly, Strikes in each of the first nine frames and 3 in the tenth.

Hannah Diem is the youngest player; she bowled a perfect game when she was only 9 years old. She is now the 2016 jr. Gold 12-U National Champion. The main thing in her success is the useful techniques she used. Just follow up on the best strategies to achieve the desire results.

Ben Ketola is the other champion who made his name in the world of perfect game of bowling strikes. 12 strikes is a remarkable achievement; he pulled it off in 86.9 seconds. Then he returns to the ball to set one another record. He did it in 24seconds. Ben Ketola holds the current world record of perfect 300 games in 1:26.9.

Will June: 75 years old Will June, grandfather of the Cato June, became the oldest player to bowl consecutive Perfect games on August 31, 2010.

Be Flexible: Flexibility and the ability is an essential key to consistently bowling strikes because every lane you bowl on is different. Why? Well, ever you crossed the foul line and found yourself on your but? That’s just because each line is polished with oil. A higher amount of oil in a lane will affect your stricks. So you must be prepared to reach the desired results.

Start with the Right Ball

Most beginners start their game with a more massive ball. They think they can lift it quickly, but it leads to the pins to fly up into the air. Do experiments with different sizes of balls and see which one will be helpful for you. Massive balls can cause corks to fly up into the air, while light balls will push pins to hit each other. Most of the professional player go with the 15lb ball when they play.

Choosing the right ball is essential, just like the right posture also matters a lot. Once a wrong attempt can lead you to a silly down head look. If your target is to get the highest bowling score, you have to make sure of your posture. On the backswing, make your arm straight and close to the body. Your hand should come up to the shoulder level.

Tips on How to Bowl a Perfect Strike

The key is in the Pocket

If you are right-handed, then the rule is the space between 1 & 3 pins. Space between 1 and 2 pins if you are a left-handed bowler. This Pocket in which you want to get a strike after each strike. Through this technique, it’s guaranteed your pins will get down.

Learn to throw a Hook

The hook is a technique that curves the ball down the lane, instead of coming pins to the straight. If you ever witnessed a live bowling tournament, then you can demonstrate easily how professional players play perfect games? Because they keep their track on the hook.

In general, each point for each pin. As I mentioned above if a player bowls over 3 pins with the first shot, then six with the second, the player will receive the 9 pins for that frame. Let me explain it in proper statistics:

According to Wikipedia research, stricks scoring works similarly for five-pin bowling, expects strikes are worth 15 points rather than 10.

The total score of these throws is

Forfeits are the rules and regulations in the game.

If your team forfeits a match, then the following rules will be applied:

Be Frank Take it to relax

You must be frank and relax during your game. It’s a common thing to be frustrated when matches turn to down. But don’t lose hope and play with full of confidence.

Highest score in bowling without a strike

How many turns in a game of bowling?

This aim of bowling is to knock down 10 pins by rolling a ball down towards the lane. You get 10 turns you try and knock down the pins called a frame. In every frame, you can bowl at the pins twice. If you put all pins down in a single shot, called strike.

Ben Ketola is the other champion who made his name in the world of perfect game of bowling strikes. 12 strikes is an incredible achievement; he pulled it off in 86.9 seconds. Then he returns to the ball to set one another record. He did it in 24seconds. Ben Ketola holds the current world record of perfect 300 games in 1:26.9.

Why is 292 the rarest score in bowling?

There is only one way to get 292 scores, and 2-count is the hardest to throw on the first ball. Therefore, it has to be the least common game thrown.

What are 5 strikes in a row called?

One strike is known as a single frame. 2 strikes known as double and 3 strikes know as turkey while five strikes in a row called Five-Bagger(s).

Spare is a term used in bowling to indicate that all of the pins have been knocked down during the second ball of a frame when not all pins were knocked down in the first frame of that player’s two turns. Though, it’s impossible to score 300. It’s very simple to understand if you get a spare, you add the pins from the next ball thrown to the current frame. Probably, If you get a strike, you count the pins from the next 2 balls thrown to the current frame.

Collective analysis from many resources says that good bowler’s average score is closer to 130. That’s why it’s easy to find handicap league then straight up leagues.

What’s a good bowling score for a beginner?

Most people who don’t usually bowl probably throw somewhere between 70-100. With a tiny bit of average and consistency, you can raise your score to 130-150.

What is the most challenging split in bowling?

The most complex shot is 7-10 split. But according to the professional’s analysis report, the most challenging shot is the 4, 6,9,10 split.

What weight balls do pro bowlers use?

What is a Lousy bowling score?

Mathematically, the average score is 77, as that is the score with the possible ways to reaching it. In other words, there are some more ways to get a score of 77 than any other.

In conclusion, Perfect game is dependent on the tricks, tips and finger quality that how you hold a ball for bowling. As much you have practice more you will be near to the achievement. As I mentioned above, you must be familiar with the forfeits and rules and regulation for the perfect game.