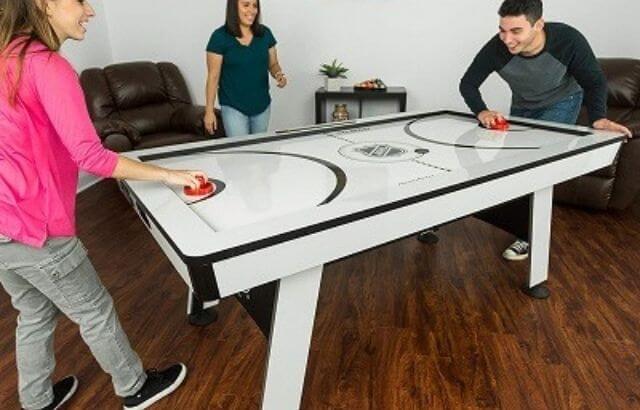 The question “When was air hockey invented?” tends to be very popular among many lovers of this sport today. In the proceeding paragraphs, this question would be correctly answered.

Air hockey is a game of skill that is practiced on a special table. This is usually the size of a billiard table but can also come in a smaller mini version. The game aims to get the puck into the opposing goal. For this purpose, each player has a club that looks like a sombrero. However, this is a plastic structure that would not make good headgear. The number of players can vary between two and four people. For the game of Air Hockey, in addition to a table suitable for this discipline, you also need two saucers (one for each player, respectively) and a puck.

When was Air Hockey Invented?

The invention of air hockey is somewhat mysterious. Although its patent belongs to an engineer named Phil Crossman, Bob Lemieux said that the final touch for the project to work was done.

The initial design was the brainchild of Phil Crossman and two other Brunswick Billiards engineers, who in 1969 wanted to create a table game similar to ice hockey and needed a frictionless surface. The project was not carried out.

However, later, Bob Lemieux reopened the project, refined the design, and finally reached the commercial level. Air Hockey was then created.

Shortly after being released to the public, air hockey became a huge success. And it was not long before, from 1973, associations and championships started to appear in the United States and, later, in several other countries. The world championship has been held every year since 1978, and the ranking is composed almost entirely of Americans (the country where the sport is more widespread).

At the early stages, wooden and metal balls were being played across the table.

After this variant had spread well, further developments were made about 30 years later. Table hockey quickly became air hockey. This is because this version has been provided with air holes. In the first phases, this table was used as a test object.

The breaks were also used to let windows flit around on the model. Photosensors with blades were then attached, which are located at the ends of the table. This triggered a contact, which is how the idea of air hockey was born. The game was not marketed until 1972 after Bob Lemieux had finished developing it. The US was the first to enjoy the game, but it was subsequently distributed internationally as earlier highlighted. This is not only because it requires a small area, but it is also ideal for bars, restaurants, amusement arcades, and the like

The surface of an Air Hockey table has a particularity that must be taken into consideration by the players, especially about the organization of their playing tactics. The table is equipped with particularly high edges, which can greatly help in the shooting trajectories exactly as it happens in foosball.

In the practice of Air Hockey, it will be very important to avoid giving too much force to the hits of the puck too. The use of excessive force could result in a trajectory of the puck in the return phase that will be difficult to control. The puck in the return phase could come with too much force and enter your goal (like a kind of boomerang), and you won’t be able to defend it with the right promptness.

Each game of Air Hockey can also be played concerning time. And alternatively, you can determine the number of goals that will end the game once reached by a player.

A not entirely conventional way, which, however, makes the game particularly interesting, involves using two discs on the pitch. This variant will inevitably lead to the need to reconsider one’s playing techniques and strategies. In a game involving two discs, the degree of concentration that will be deployed during the game phases will be even more important at this point.

Is air hockey an arcade game?

Yes. Many will remember the time spent in the arcades playing billiards and table football; for some years. In addition to these traditional games, in every game room that can be defined as such and offers an important number of tables, an Air Hockey table cannot be missing.

Before this game appeared in European arcades, many people had already become passionate about Air Hockey, thanks to the many American films and TV series that showed this game on TV. It is America itself, the homeland of the discipline. The country was also the first to create a federation that disciplines and determines the game rules. This federation also organizes official tournaments and competitions. For some years, more and more people have also been passionate about Air Hockey and are becoming familiar with this arcade game.

What is the hockey bubble?

Hockey bubble is a table game which entails controlling hockey players, who are on rods. The game also comes with much fun and allows players to enjoy an ice hockey game’s thrill and speed on tables.

What are the rules to air hockey?

The game of Air Hockey is a real sport, with a federation, tournaments, and official rules. Since the year 1978, the United States Air Hockey Association (USAA) stands as the federation and official association that establishes the rules of Air Hockey. Ii also regulates the types of tables, saucers, and pucks used to play in any discipline.

Is the NHL in a bubble?

Yes. The NHL is currently in a bubble to safely finish the 2019-20 season. This became necessary due to the pause caused by the COVID-19 pandemic.

Is hockey playing in a bubble?

Yes. Due to the pause caused by the COVID-19 pandemic, hockey-playing is currently in a bubble.

How much does a good air hockey table cost?

What can I put on my air hockey table to make it faster?

If you desire to make your air hockey table faster, you can use a spray silicone lubricant on it. This should also be used moderately to prevent the table from becoming too slippery.

In conclusion, Air Hockey is a fun and exciting game; and the passion for this game is spreading throughout Europe like wildfire. As a result, more and more game rooms and clubs have decided to set up an Air Hockey tables within their spaces.

What fascinate about the discipline is certainly the modernity and the great charm of the gaming tables. Air Hockey takes place on a surface on which there is a layer of air, which has the function of guaranteeing the floatation of the puck. The creation of this game is very ingenious, indeed. What makes the practice of Air Hockey so much fun is also the speed with which the puck travels the pitch while trying to enter the opponent’s goal. Furthermore, the popular question: “When was air hockey invented” has been adequately highlighted above for the reading pleasure of all lovers of this game. 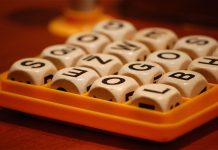 Boggle Strategy For the Win