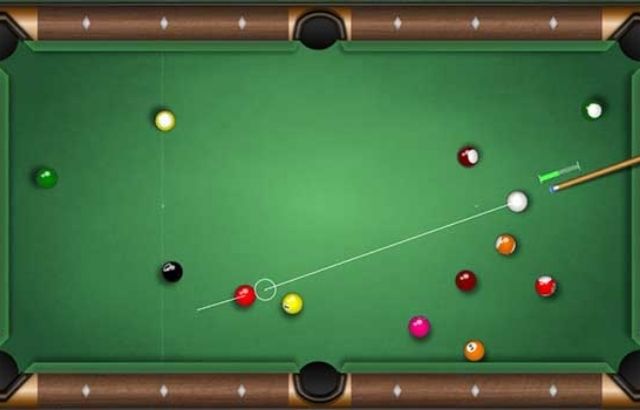 Game Pigeon is one of the hottest 14 pack launched by the “Vitalii Zlotskii,” “iMessage” game in which an “8 ball pool” is challenging. 8- ball pool game is a competitive game that provides the facility to play with your “friends” and family on a single platform. You can easily become an expert with attention to the game. In the latest versions of “iOS 10”, games are the new feature in the iMessage of the “iPhone.” Now throughout this article, you will know the full method, strategies and tips, and tricks through which you can learn how to play pool on a game pigeon. Also, if you feel difficulty playing, I will tell best hacks and cheats tips through which you can play the game without any effort.

Usually, an 8-ball pool is played with “balls” having different colours, numbers, and names according to their purpose as:

How to Play Pool on Game Pigeon: How to Install

By following the “guide,” you can be an expert in the 8-ball pool:

Step 1: Setting up the game:

Put Balls in the Rack:

Components of the 8 ball pool:

Object Balls: As I mentioned above, the following characteristics:

Pocket: Pocketing is the act of throwing balls into the pockets. It has 6 rim pockets. It is located on each corner of the table pool and 1 on the mid-on each long side.

Rail: The deep bank along the side of the 8-ball pool table.

Scratch: If you accidentally knock the cue ball, then take out the ball from scratch and place it on the table. Now it’s the 2nd player’s turn to hit his balls.

Foul Penalty: This means a player can put the cue ball anywhere to make his turn.

If a player scratches on a ball, then:

If a player jumps out of the ball from the table, then the player has 2 options:

Keep shooting until you fail to a pocket ball:

Pocket all balls of your group:

End of the Game:

The game ends when a player sinks 8-ball into the pocket after all pockets balls. But this situation can go opposite if:

Cheats of the 8ball pool Game:

There are many hackers providing cheats nowadays as:

How to Play Pool on Game Pigeon: FAQ

How do you play knockout on Game pigeon?

Knockout is a famous basketball game in which 2 players shoot a basketball to see who can score 1st and stay in the game.

What are the rules of a knockout?

Some rules are mentioned down:

How do you win the 8-ball pigeon game?

The simple answer to this question is you can win an 8-ball pool game by pocketing all the balls of your group and then pocket the 8 balls to make you a winner of the game.

Read More: How to Play Shuffleboard on Game Pigeon?

This article fully elaborates on how to play pool on game pigeon with all of its essential points that benefit this article. By choosing groups of your choice and pocket, the 8-ball with proper strategy can make you a winner as well as an expert in this game.