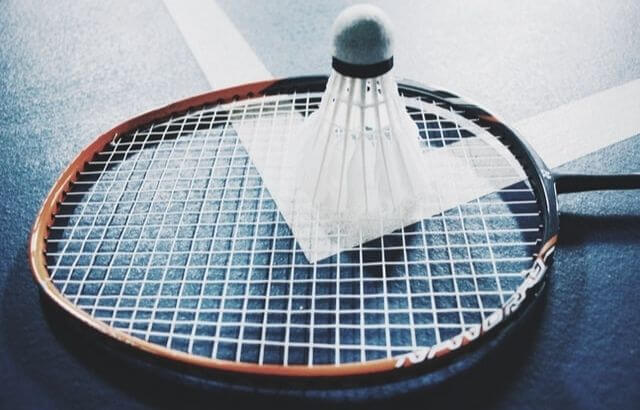 What are the dimensions of a badminton court? It is a common question of badminton players. There are several national and international games on the World’s map. All of those come with their unique specifications and style.

A variety of sports comes with a variety of displays. The sport that has its fixed measurement court dimensions is Badminton. This game is played as an indoor sport mostly, but it can be played as outdoor as a game recreation. As an everyday activity, Badminton gets played as an outdoor sport, but it is played under a rectangle measured badminton court dimensions for professional sport.

The game can be played as a singles play as well as doubles play. It was about 1992 when Badminton was included as a professional sport in the Olympic Games for both men and women. This is an engaging game for the audience to fasten-up them to their seats. It has an indoor seating capacity of hundreds of people in the arena to see exciting and thrilling matches of their favorite players.

In 1899, Badminton became a globally recognized sport; in the same year, the game was played for the championships for both categories of men and women for the title of All-England championship.

The Badminton World Federation (BWF) was formed; the organization took over the burden of the Badminton. They had improved a lot in enhancing the badminton court dimension. The seating for the audience and the atmosphere of the game has been enriched with the time.

There are rules and regulations in every sport, so as the Badminton. Badminton court dimensions do strictly follows all the laws and regulations looking at the laws. At the same time, playing players cannot take any break apart from the official delays. If any player does cause any delay or try to catch some breath during the playing can cause penalties.

Measurement Details of the Court

It is given a standard width of 20 ft (6.1 meters). When it comes to singles, play it is settled to 17 ft (5.18 meters). The court’s length stays the same in both singles and doubles play, which is about 44 ft (13.4 meters), the above-measured badminton dimension court in feet standard, and meters. Right in the center, there is a fine line to distinguish between the left and right service court. That line is the service line, whose distance is 6 ft 6 inches (1.98 meters) by the center net, but this is for singles game serving. The doubles game service line is even shorter to .76 meters. The boundary lines are drawn 40mm wide in the badminton court dimension.

The court is separated from the net at the exact center of the court. The length is measured about 6.1 meter tied with the end to end poles. The badminton court height of the net from the ground is slightly different from the edges with the center; at the edges, it is measured 1.55 meters, and right in the center its is about 1.52 meters, and it is about .76 meter high from the court surface.

Comparison of Singles and Doubles Court

Looking at the dimension badminton courts, there is no such difference; both singles and doubles plays are done in the same court. Despite being the single-player, it covers a slightly small area in a court of Badminton. For the single-player game, the badminton court dimension reduces from 20 ft to 17 ft in width. And the length of the court stays the same as doubles. While for doubles play, the width stays as the whole standard court dimension of Badminton.

This surface is preferred mostly because of the advantages it provides. This surface favors the grip of the players beneath their feet. It has the ideal bounce as well, and with all these things together, this surface almost blocks all the chances of injuries. It has been chosen as a priority among all the surfaces. Almost everything requires maintenance and cleaning, so this surface also needs to be taken care of the things that make them weak and less durable.

This acrylic surface has some resemblances with the synthetic surface, but this surface is not as straightforward as artificial to reduce the risks of injuries. It’s a rigid surface, but its durability is unbeatable.

This cemented surface is not used in professional badminton court matches. After all, the word cement is pretty clear that it follows the players’ safety precautions because it cannot be considered a professional dimension badminton court surface. A concrete surface means increasing the chances of injuries.

What is the size of the badminton court in feet?

The badminton court’s standard size in feet is about 20 ft in width, and the length is 44 ft, which stays the same in both singles and doubles play. The singles play has a slight difference measure only in width, which is 17 ft, as a single player can not cover the whole court with compare to doubles.

How high and wide is badminton net?

The height of the net varies at places, as the center’s size is about 1.52 meters. And it is coming to both ends of the net, the height increase, which is 1.55 meters. The net’s width is 0.76 meters, and the yield is placed 0.76 meters high from the ground.

Is the height advantage in Badminton?

Height is an advantage to a player in badminton games. It will allow the player to cover the whole side of the court, and it will enable smashing the shuttle from a certain height to get some scoring point.

What is the length of a badminton racket?

The length of the badminton racket has been specified as it can be measured from 665mm to 675mm. The rackets can be 680mm in length, but this is the limit; one cannot exceed this limit.

How wide is a standard badminton net?

The standard net in the badminton court is measured at 6.1 m.

What is the height of the indoor badminton court?

The height of the indoor badminton court is given as 7.6 m.

What is the length and width of the court?

What types of scoring does badminton use?

In Badminton, the match is played as best of three games for both the doubles and singles. The scoring system is considered up to 21 points. Either the side reaches first to 21 points takes the match. As far as the winning is a concern, if the game is reached equal points to both players, both having 20-20 will require even points to grab the game (i.e., the player needs to reach 22-20 to win the game). In case the match breaches to 29-29 points, then the first to score one more point will snatch the game. Winning a rally will also add a point to the score and secures the next serve.

Which grip size is best for Badminton?

The size of badminton rackets is not specified yet, even though the Yonex chart is preferred. Mainly used grip sizes are G1 circles as 4 inches, G2 is three ¾ inches, G3 is 3 ½ inches, G4 is three ¼ inches, and G5 is 3 inches. Mostly G4 is preferred as the best grip for the rackets.

What is the length of a badminton racket in inches?

Badminton is not only the game to play under the dimension badminton court, but this has the advantage that you can enjoy the game around the backyard of your house or in the gardens. But in professional matches, you will get to see a great display of court dimension in Badminton.

This game is fascinating and energetic for both players and audiences. There is a net right in the center where a match referee is stayed to get the players’ scoring account with proper badminton court dimension. Despite a professional sport, this game can be played as an entertaining and engaging activity.