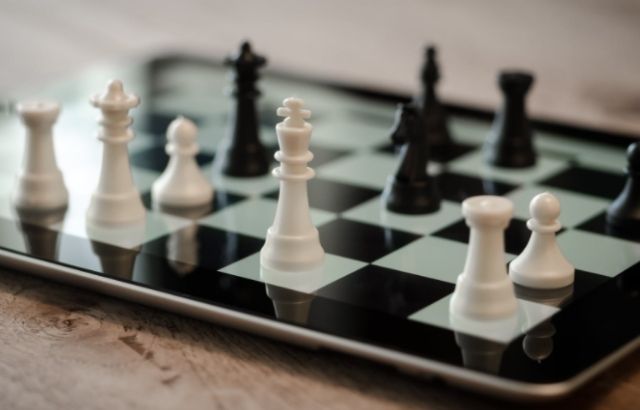 Chess is one of the popular games in the world. It is played all over the world. The origin of chess is from an ancient game, which was being played in India in the 6th century. Chess became a good game when its rules were modernized in the 19th century. It is played on a board that has 64 squares. The squares are black and white colors. Chess is very complicated, so it becomes very confusing for beginners to understand it. Do they have different queries that need to be appropriately answered, such as how a queen moves? Can a queen move like a Knight in chess? How does a pawn move? If you are a novice in chess and you have such queries, this article will help you.

In this article, we will understand the moves of a few chess pieces and find the answers to the queries. Before going into details, we should understand the rules of chess.

The Game of chess has two sides White and Black. The Game starts when white makes its first move. White moves first, and then the turn is for black to move. Both players (white and black) try to put the king of the opponent player in a position where it can’t escape, become captured. This situation is known as checkmate. There are 32 pieces on the board in chess. Each player plays with 16 pieces, which are listed below.

All types of pieces have different moves. Pawns, knights, bishops, rooks, Queen, and king, all of them move differently. However, all of them have their importance in chess; even pawn, which moves the least number of squares, is crucial as it has an unusual move known as promotion, which allows it to promote into any piece other than a king. King and Queen Chess pieces are the most crucial Chess pieces as Queen is powerful, and the king decides the Game.

The Game’s objective is to checkmate or capture the king as it is the most critical piece. Checkmate is the situation in which there are no legal moves available for your king to escape. That’s how the game ends.

Other than a win, the chess game can end if both players agree for a draw or are left with only two kings on the board.

There are some strict rules for touching the pieces while making a move. These rules depend on the players, whether they want to implement these rules in the Game or not. These rules are given below.

In a nutshell, it is better not to touch anything without any reason. However, it depends on you and your opponent to implement these rules in the Game.

The Queen is more powerful than a king. It has a lot of moves to make than any other piece. It can move horizontally, vertically, and diagonally. Queen is a very important piece in chess.

In chess, the pawn has a special move known as promotion; most of the players promote the Pawn in Queen, which indicates its importance of Queen in the Game.

Other than these moves, the pawn has two special moves promotion and passing in. We already know about promotion; passing in is a move that allows the pawn to jump ahead and capture the pieces. E.g., if a black pawn makes the first move of two squares and sits next to the square of the white pawn, then the white pawn can capture the black pawn by moving to the square, which the black pawn skipped. These are the reasons which make the pawn a vital piece in chess.

The symbol which is used to represent the Queen in chess is the Crown. The symbols of the Queen and king are almost the same because the Crown represents both. However, the chess queen symbol (Crown) is a little different than the symbol of the king (Crown).

Read More: Can a Pawn Take a King in Chess?

How does Queen move in chess?

Queen is one of the powerful and important pieces in the Game of chess. It can move like a Rook, Bishop, and Pawn. It can move in all directions, diagonal, horizontal, and vertical.

Can Queen in chess jump over other pieces?

Queen can be lethal in chess; it can move in many directions. This is the most important piece in chess after the king. It can move like other pieces also, which include Bishop, Pawn, and Rook. However, it can’t move like a Knight; thus, it can’t jump over other pieces.

Can Queen take king in chess?

King decides the match of chess. It can only be captured or checkmate. That is the reason no piece in chess can take the king. No doubt, Queen is the most powerful chess piece, but even Queen can’t take the king.

Can King Kill Queen in Chess?

There is only one piece who can’t be killed in the Game of chess, and that is the king. Whether Pawn or Queen, any piece can be killed by any other piece in chess. That is the reason the king can kill Queen in chess. However, there are such conditions where the king is unable to kill any piece. E.g., if there is a piece (x) next to the king making a check and there is another piece (y) who can check the king if the king kills the (x) piece. Then the king can’t kill the (x) piece.

Can a King eat a Queen?

The king can eat a queen because other than a king; every piece can be killed. The Queen is powerful than the king, but any piece can still kill it, including the king.

Why can’t the king kill a queen in chess?

There is no such rule in chess that a king can’t kill a queen. However, if the Queen is guarded and checks on the king, and there is another piece waiting for the king to make a check if the king kills the Queen, it can’t be killed.

Can a pawn kill a queen?

Yes, a pawn can kill a queen; regardless, the Queen is powerful than a pawn. Unless the Queen is not in a position to die, it can be killed by a Pawn.

Chess is one of the oldest but incredible Game. It is played almost in every country in the world. It is a game for great minds. The rules of chess were determined in the 19th century. Still, it is a complicated game; it is never easy for beginners to understand chess easily. They have queries because of the extreme complication of chess, like the movement of different pieces.

In this article, we have explained the movement of different pieces and the basic rules of chess. We have also cleared the confusion. I hope this article will be helpful to you. Please give us your feedback in the comment section.