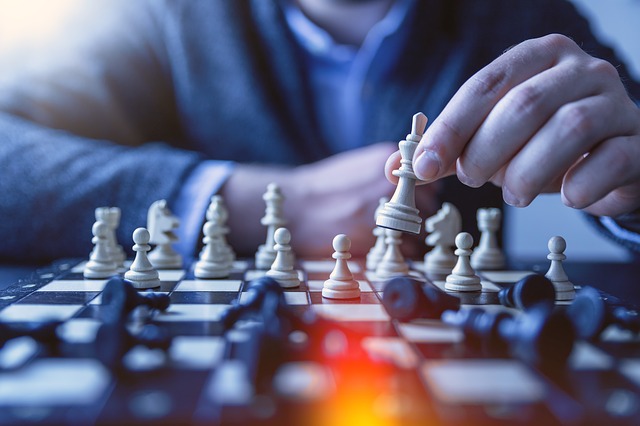 Yes, a pawn can capture a queen, as long as the queen is only one space diagonally from a pawn. Although it may seem challenging to capture the mighty queen with just a pawn, it is not impossible. Never say never!

In this article, we will discuss everything that you need to know about pawns, the queen, and whether the first can capture the latter.

We will also take a look at other interesting pawn and queen-related content, such as queening.

Paupers and queens, who says the two can’t mix! Let’s jump right in.

The Queen and the Pauper

Ask any budding young chess player what their favorite piece is, and they’re all likely so say in unison “the queen”.

It’s not difficult to see why. The queen in all her might can do just about anything. From moving like a bishop to smooth sailing like a rook: from a young age, chess players are taught to take excellent care of their queen. Almost as good care, I dare say, as they would take protecting their king.

Then, on the other side of town, we have the humble pawn. A pawn and a queen don’t exactly sit around the same table. In fact, one queen is worth nine pawns —no wonder there’s a bit of entitlement surrounding the queen; she deserves it!

When starting to play chess for the first time, I had the same feelings towards pawn. I mean, from all the pieces to choose from — the jumping knight and cut-straight-through bishop — why would you choose a pawn as your favorite piece?

These were my thoughts until a Tuesday chess class after school with Ms. Woods. I can’t remember exactly what she said, but it went something like this:

“If the pawns are so mediocre, why are there eight of them on the chessboard?”

I know, not exactly a slogan to put on a T-shirt, but it really got me thinking. Are pawns more powerful than I thought? Or, perhaps their strength lies in their numbers.

Once I started changing my mindset towards pawns, my game immediately improved. They aren’t pieces to use and lose as you wish. They are mighty soldiers, who play an important part in protecting the rest of your army. When it comes down to it, a well-played pawn can be the difference between a win and a loss.

Perhaps this is why the pawn gets rewarded for its hard work when it reaches the end of a chessboard: after all that sweat and tears, I’d want a promotion too!

So, the next time you see a pawn and the wish that it was more powerful crosses your mind, think of the words of Ms. Woods: There lies strength in numbers.

Can a Pawn Take a Queen?

Yes, a pawn can capture a queen if the queen is on the pawn’s capturing path. For example, the queen has to be one space ahead of the pawn diagonally for the pawn to capture the queen.

Although it seems unlikely that a pawn will capture a powerful queen, it is not impossible. This may happen if an opponent fails to see a pawn and moves in a way that results in her capture, or as a result of a player’s smart strategies.

All I can say is, it has happened to me, and there are few things as embarrassing as you queen being captured by a puny pawn.

How Does the Pawn Move?

The pawn can only move one square forward at a time. If it is a pawn’s first move, they are allowed to move two spaces ahead. However, this may only be on their first move, and not later in the game.

Think of the pawn as a foot soldier, slowly making their way towards the enemy lines. They can only do so slowly, otherwise the game would develop too fast and be over within minutes. Now who doesn’t like a long chess game filled with head scratches and overthinking your strategy choices?

Interestingly, each pawn once symbolized a different citizen of society. This included a blacksmith,   conveniently in front of the knight, and other important roles such as a doctor and law enforcement.

Pawns have proven their worth as the perfect pieces to set your chess strategy in motion. By creating a pawn chain, you can allow your stronger pieces to develop while still providing protection for your pieces.

And remember, a pawn’s power is greatly improved by its pawns in arms, so try to protect your pawns as much as you can.

Can the pawn move backwards?

No, unlike most pieces on the chessboard, a pawn cannot move backwards. It can only move one or two squares forward (the latter if it is the piece’s first move), or diagonally for one square in each direction when capturing a piece.

For this reason, it is important to carefully consider your strategy before moving a pawn. Once a pawn has been moved, it cannot change course, unless it captures a piece or is captured by the enemy.

Can a pawn jump over pieces?

Wouldn’t that be great! But no, unfortunately a pawn cannot jump over any pieces. The only piece that has the power to jump is a knight.

How does the pawn capture?

The pawn captures its enemy for one space diagonally to the right or left.

For example, is a black enemy piece is on 5C, it can be captured by either a pawn on 4B or 4D.

A pawn cannot, however, move more than one space diagonally to capture a piece For example, let’s say the enemy is on 5C, a pawn on 3A or 3E cannot move two spaces to capture the piece on 5C.

How Does the Queen Move?

Ah, the mighty mighty queen! The queen can move in any direction for as long as she wishes if not opposed by other pieces.

More specifically, a queen can move forwards, backward, to the side, and diagonally in any direction. The queen cannot, however, move like a knight.

For example, if a queen is on D4, she can move diagonally to B6 or F6. She can also move to the side to A4 or H4, or diagonally to any side.

Think of the queen as a bishop and a rook in one. If the board allows it, she can do just about anything she wants (except jump over pieces, but more on that later).

Can the queen move backwards?

As previously mentioned, all chess pieces except the pawn can move backwards.

Can the queen jump over pieces?

No, the queen cannot jump over pieces, but imagine if she could! Her power would be unstoppable, which is perhaps why they decided not to bestow this power onto her.

The only piece that can jump over pieces is the knight.

How does the queen capture?

The queen is able to capture in any way that she can move. If a piece is in one of the directions that she can move — diagonally, backwards, forwards or to the side — the queen can capture them.

Like all other pieces, the queen can only capture one piece at a time. For example, if she capture a pawn in front of her, she cannot capture a piece behind the pawn within the same move.

What is queening and how does it work?

Queening is just about one of my very favorite moves on the chessboard. During this process, a pawn is rewarded for reaching the end of the chessboard, or the home soil of the enemy base.

Once the pawn reaches the last row from its home side, it can be promoted to a higher rank. This can include a bishop, knight, rook or queen. If a player decides to promote their pawn to a queen, this is referred to as queening.

Queening, or any promotion of a pawn, has to happen within the same move that the pawn lands on the last square. It is important to carefully plan when you will move your pawn to the last square, to prevent its immediate capture by a luring enemy piece.

If an opponent hopes to queen their pawn on your home soil, make sure that you have a piece close by that can capture them. Many chess players often opt to use their own queen or rook in such an example.

Now, you can also see why it’s so important to take care of your pawns! Ideally, pawn promotion allows you to have more than one queen on your side at the same time. This will immediately improve your chances of winning, if you use the queens correctly.

As you can see, the pawn (no matter how unimportant this piece might seem) is not to be underestimated. From its ability to protect your pieces and helping them develop, to its neat trick of turning into a queen or even capturing one — pawns really can be the star of the show.

In this article, I discussed how the pawn and queen moves, as well as how each piece captures. We also discussed the move everyone should know — queening — and the very reason that you are here: can a pawn capture a queen? Yes, dear chess friend, it can!